Vembo: The Voice of Greece 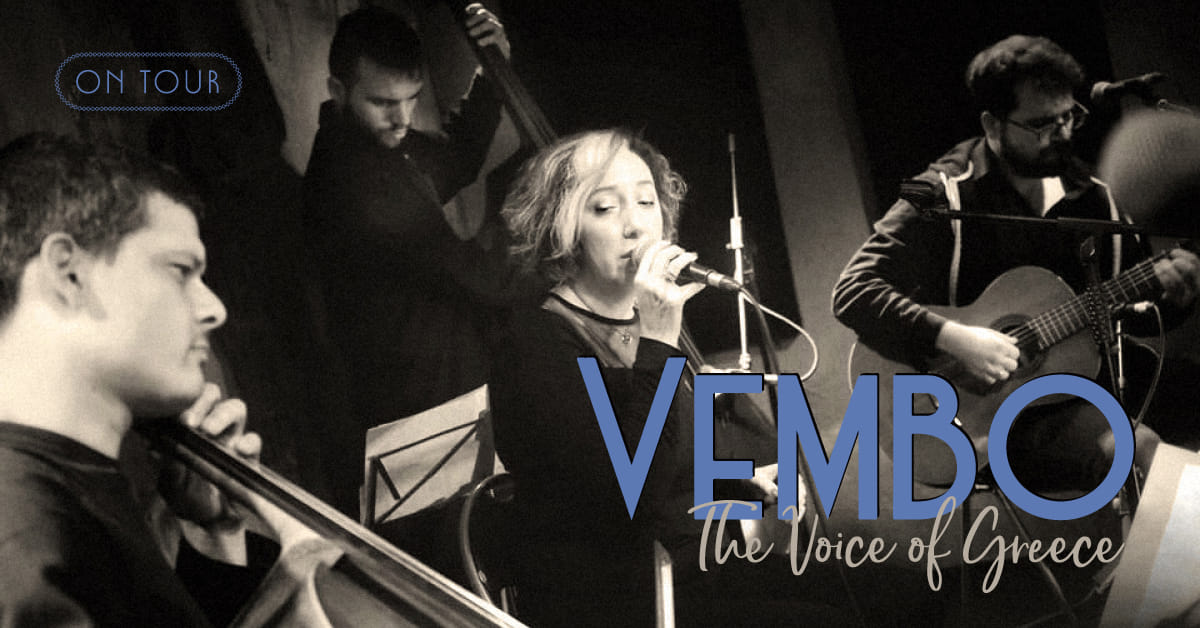 “Where there is one Greek, there is Greece!”

A legendary woman, singer and actress that was adored by an entire nation and its diaspora! She became known for her passionate love songs and dramatic roles in theatre and film and was hailed as the ‘Voice of Greece’ when she used her music to support the troops during World War II against the Italians. This evening will attempt to encapsulate a power house of a personality through song.

The band was created especially for this exciting new project. Formed by musicians from different bands based in the UK , Plastikes Karekles, Peran, Pakaw, Valia Calda, between them they have performed in venues such as The Royal Albert Hall, Royal Festival Hall, Purcell room, Kings Place, the Green Note, the Vortex. Tonight’s performance is part of a tour that has seen the group perform in cities including Brighton, Portsmouth, Oxford and London.

The music is improvised around a riff or simple chord progression, with the groove as the guide. Occasionally we might slip into tunes like Cantaloupe Island, Maiden Voyage or Chameleon.

Someone calls a key and starts a riff and everyone brings their sound to the mix. It’s a great opportunity to stretch out, work on your improvising or just dance to the funky grooves. Everyone is welcome, percussionists, horn players, vocalists, rappers, didgeridoo and harmonica players too.

As with most jams, amps, keyboards and drums are provided, please treat them with respect. Guitarists, bassists, horn players etc please bring your own instruments. Please arrive in good time so we can get you up to do 1 or 2 numbers.

If you want some clues about the kind of stuff we do, check out bands like The Brand New Heavies, Down to the Bone, Jamiroquai, Incognito, Herbie Hancocks Headhunters and John Scofields Uberjam as well as the demo on the BGP page. http://soundcloud.com/brighton-groove-project/short-demo

Entry is free and there will be an opportunity to donate to the house bands during the night. 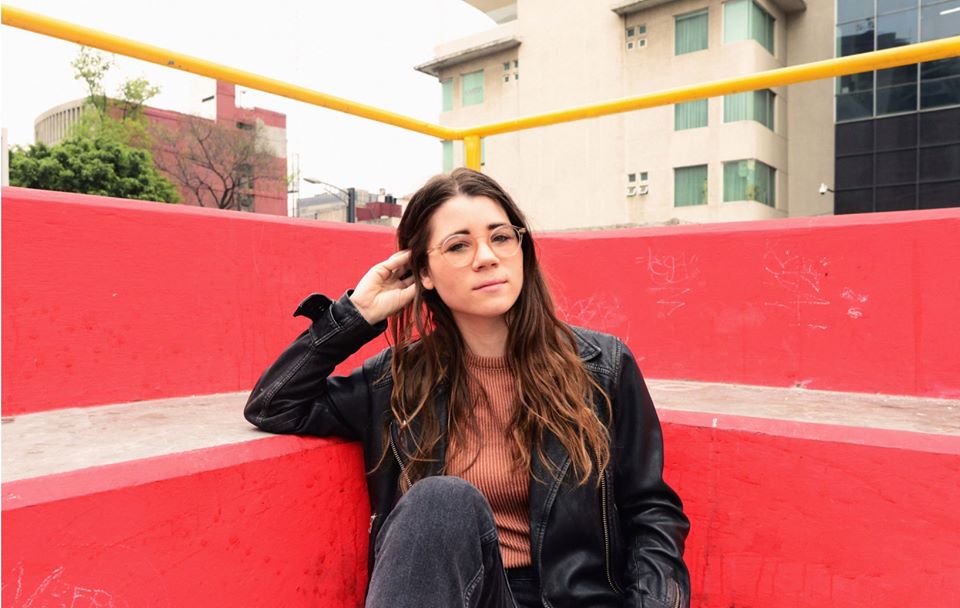 Aly Spaltro is heading to the South Coast as part of her European tour in the spring showcasing the songs from 2019’s release. Even in the Tremor. This will be an intimate solo performance, a chance to hear live an album that is deeply rooted in the people and places that have shaped her into the self-determining artist she is today. 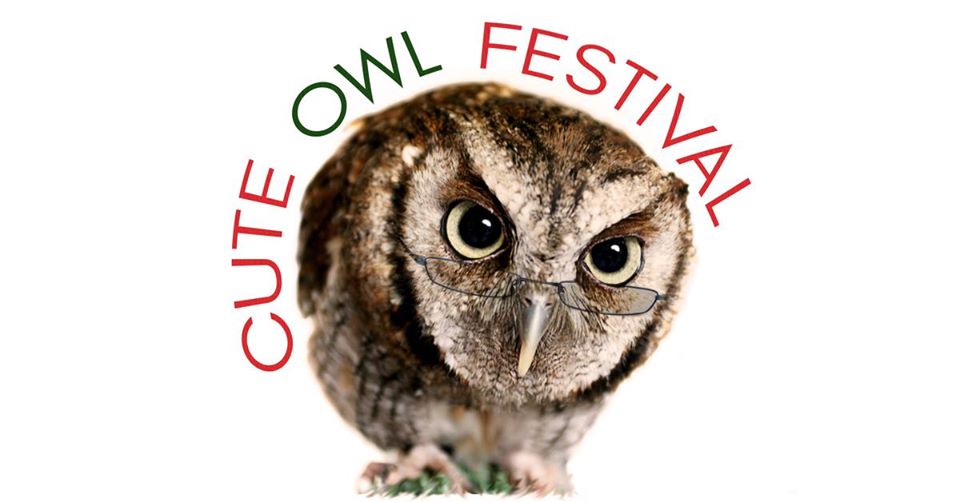 Dedicated to International Women’s Day, Cute Owl Promotions and FemFriday will bring you some of the most exciting and unique women and non-binary acts from around the UK with a plethora of various musical instruments and genres. Cute Owl are nomadic non-binary promoters who put on the most cutting edge and highly individual acts in different locations in the UK. The festival organized by FemFriday at Latest Music Bar last year was sold out so hurry to get your tickets! Early Bird tickets are on sale!

Nothing is quite like a hurdy-gurdy. The tone of the ancient instrument is a bit like that of a viola, a bit like an accordion, and more than a little like an analog synthesizer on an otherworldly setting. But while the hurdy-gurdy is associated with folk dances and medieval courts, in the hands of a master, it can make music that’s strikingly modern. Eugene Purpurovsky of tAngerinecAt is a musician like that, and the hurdy-gurdy is the hand-cranked engine that powers the duo’s remarkable sound.

Edgy, raw, beatbox and bass driven sensual sounds, layered to perfection to create a mesmerising performance which is powerful yet ethereal.

Greenness is an indie psych-folk band featuring English musician and producer Graham Pratt and French singer-songwriter Cess Frangi.
Greenness have been performing regularly in and around their adopted home of Brighton (including Fringe Festival, The Alternative Escape, VegFest, Oxjam, Sofar Sounds…) as well as a sell-out event at London’s iconic Royal Albert Hall (Collide Festival), national tours, several shows across Europe and an appearance at San Francisco’s historic Sacred Grounds.

Riotmiloo’s musical roots come from riotgrrrl’s screams and protest. She started as the lead singer of the London garage punk band Venom Seeds (2003-2008) before showing strong interest in industrial and electronic sounds.

In 2015, Riotmiloo released her first concept album ‘La Pierre Soudée’, a careful selection of past and present real life stories documenting women’s political and social suffering in the world.

Bee & Jackrabbit are an alt-folk duo based in Brighton, combining indie acoustic guitar and classical cello creating a uniquely moving sound. They are known for their infectious chemistry onstage, thoughtful and observant lyrics, layered harmonies and hypnotic guitar/string arrangements.
“Their music and lyrics manage to conjure images and thoughts much grander than the sum of their parts, with the kind of introspective nobility that could serve as the soundtrack to your life flashing before your eyes during your final moments”. – Jimmy Volts, XYZ magazine

Indie Brighton-based three-piece. The band emerged at the end of summer when bassist, percussionist and all-round music wizard Ben met singer-songwriter Hind. They were later joined by Charlie whose dreamy guitar complements the warm and unique vocals. 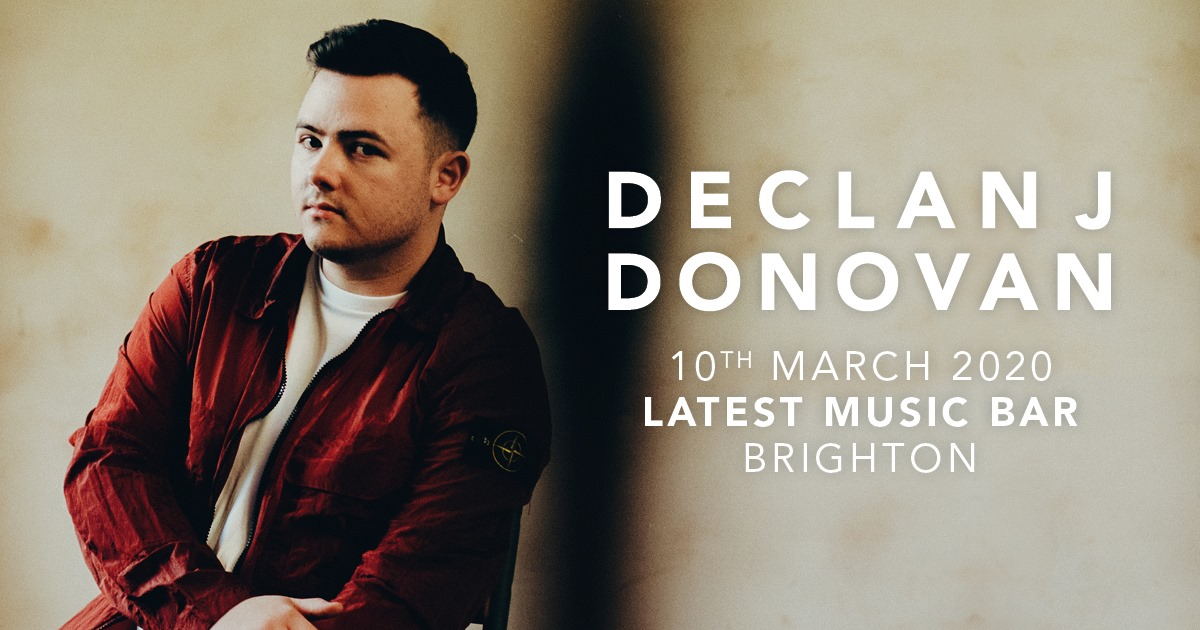 Essex singer-songwriter Declan J Donovan will release new single ‘Homesick’ on 18th October, a stirring folk singalong powered by his soulful croon and imbued with what is fast becoming his trademark way with a masterful melody.

Tickets £7.50 with NO BOOKING FEES from LoutPromotions.co.uk/declan-j-donovan. 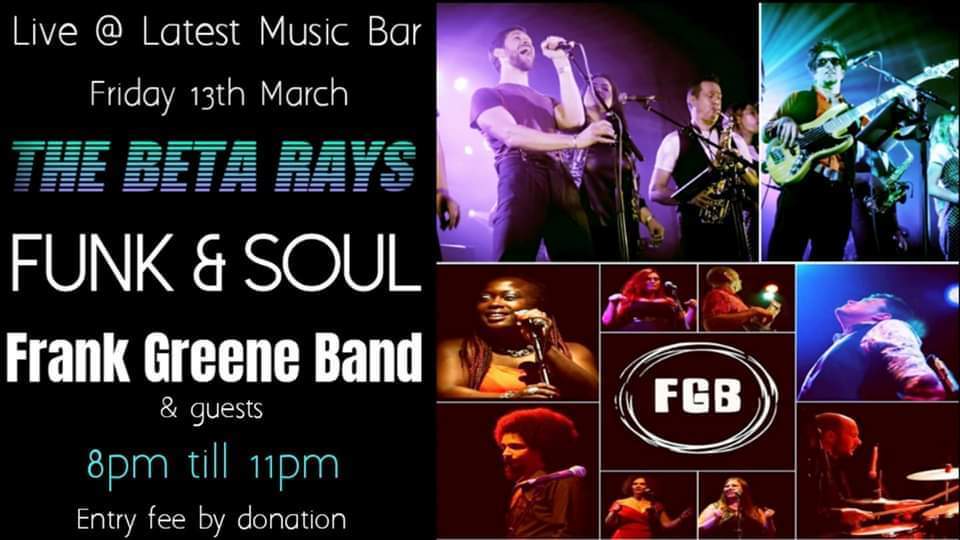 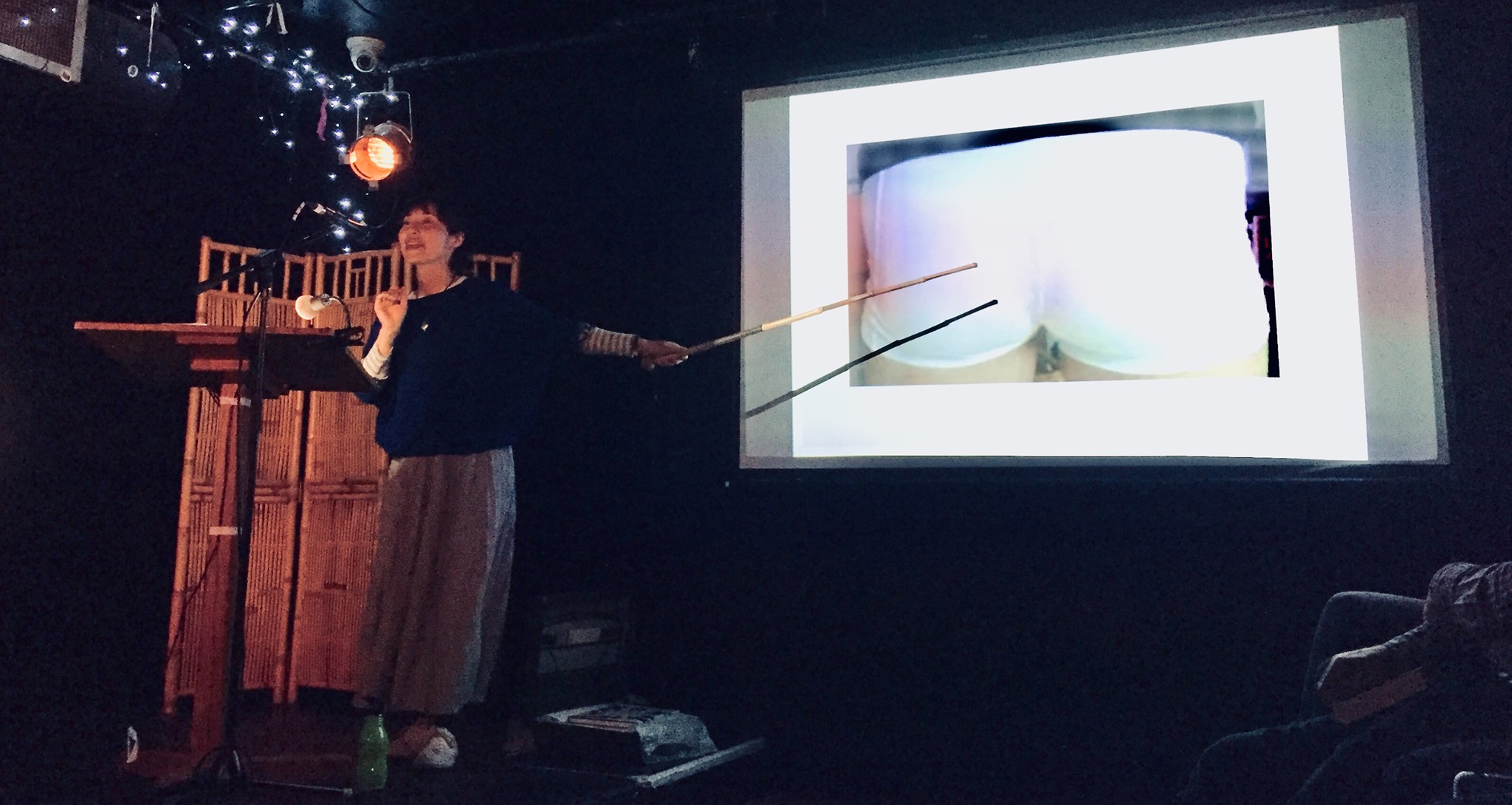 If you could speak passionately for 15 minutes on any chosen subject, what would you choose? The Catalyst Club is Brighton’s longest-running salon; a conversation club where people take to the stage to talk about their singular passions. Each night we have three guest speakers (from all walks of life!) for 15 minutes each followed by a Q&A. THe Catalyst Club aims to be informal, entertaining and challenging. Its host, Dr Bramwell is creator of the Cheeky Guide to Brighton Over the years, talks have ranged from 80s computer games to giant squid; the films of Pee-Wee Herman to utopia; tinned meat to William Blake. The Catalyst Club runs 2nd Thursday of every month at the Latest Music Bar 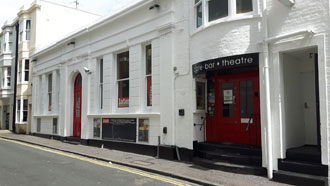 Have your party, wedding or civil partnership at Latest MusicBar!

It's a beautiful listed building on two floors combining the best of old and new Brighton. The downstairs has the original magic city stage set created by Lisa Dickson.
Upstairs the restaurant bar has a glorious skylight and is cool and spacious. Both floors have full PA and lights. It's only 50 yards from the pier practically on Brighton seafront and holds 200. Unlike most other venues it is available on Fridays and Saturdays. It's the perfect party venue. Click here to find out more.

Mon-Sun 6pm to 2am
Evening opening depends on events.
See 'What's on' for details.